2018 Phoenix Am with the Volcom Skate Flow Team

IT’S THAT TIME OF THE YEAR AGAIN!

Every year we take a handful of our flow team riders from accros the world, throw them in a van and bring them out to Phoenix, Arizona for the one and only Cowtown Skateshop Phoenix Am. This year we assebled a small crew of skaters from all over the place to see what they could do up against the 200+ other amateur skaters that make the pilgramage out to Arizona for the contest. Amongst them we had Henry Gartland from Minnesota, Cyprus Blanco from Hawaii, Jackson Davis from North Carolina, Marcus Vik from Norway, Mateo Rael from San Clemente (who was also Caswell’s 1st “pick” in the Wild in the Parks contest) and of course CJ Collins from Victorville. Out there we would meet up with other riders like Giovanni Vienna from Brazil and Deng Tear from Utah.

Most of the crew met at Volcom HQ, picking up what they would wear over the weekend. We had to pick up CJ Collins on the way too and the Active HQ just so happens to be located right off of the freeway and a good meeting point for a pick up. With rain on the radar and nothing but the open road ahead of us, we decided to head into the Active HQ skatepark and have a little sesh. As we arrived the rain had already started and the crew figured it could possibly be the only time we get to skate today, so they hit the skatepark hard! While everyone was ripping, watching Cyprus skate was certainly a treat. He’s only 11 years old but has a big bag of tricks for such a young buck and everyone was definetly impressed. After a couple hours of skating we decided to get some food accross the street and hit the road.

Rainbow at sunset as we head into Arizona! What does it all mean?!?

About 4 hours into the 5 and a half hour drive we stopped at a gas station just before the California and Arizona boarder to gas up and stretch the legs. The crew woke up from their naps and rubbed the sleep out of their eyes just in time. On the way back on to the freeway, the sun was starting to set and a completely full rainbow appeared, end to end stretching over the freeway! After everyone got their photo for the instagram stories we pondered the thought that it was a good omen and someone was going to crush it at the contest this weekend!

We rolled into Arizona with clear skies and the 16 and under division in the van still had some juice in the legs so we decided to hit the Goodyear Skatepark. If you follow @volcomskate on the insta stories you saw what went down! CJ Collins actually did his Berrics “In Transition” part there a few years back and it’s a pretty gnarly park to navigate. After some giveaways with the locals we headed to the hotel to get our rooms and rest up for Phoenix Am practice.

If there’s one thing you can count on for Phoenix, it’s that it’ll be hot and the course will be crowded. We arrived at Desert West Skatepark just before noon and sure enough, practice was in full swing in the 85 degree heat. While Henry, CJ and Mateo all skated Phoenix Am in the past and had no problem dodging crowds and figuring out their lines, Cyprus, Jackson and Marcus were all first timers. For our Nowriegen ripper Marcus Vik, not only was it his first time to Phoenix, it was his first major US contest ever! By mid-afternoon the sun had fried everyone and left Henry with some interesting tan lines, so hitting the hotel pool sounded like a better time than dodging skaters in the heat. We headed back to the hotel for some quality pool time along with getting some rest before the Thrasher Magazine “Full Blast” photo show by none other than the mags editor himself, Michael Burnett.

Saturday was a big day, not only was it qualifiers to see who would make it to Sunday’s semi-finals, but it was also the night of the OFFICIAL Phoenix Am Afterparty hosted by Volcom. With 52 heats for the day in the contest there was no doubt there was going to be some awesome skating going down! Brazilian ripper Giovanni Vienna impressed everyone half cabbing in to a bunch of insane tricks while Henry Gartland threw down some epic tricks in his heat. Even the little groms CJ and Cyprus held it down after skating all day in the heat. By the end of the day It was Henry and Giovanni that made it to the next days semi-finals. We celebrated by taking them to Hooters before heading to the afterparty. 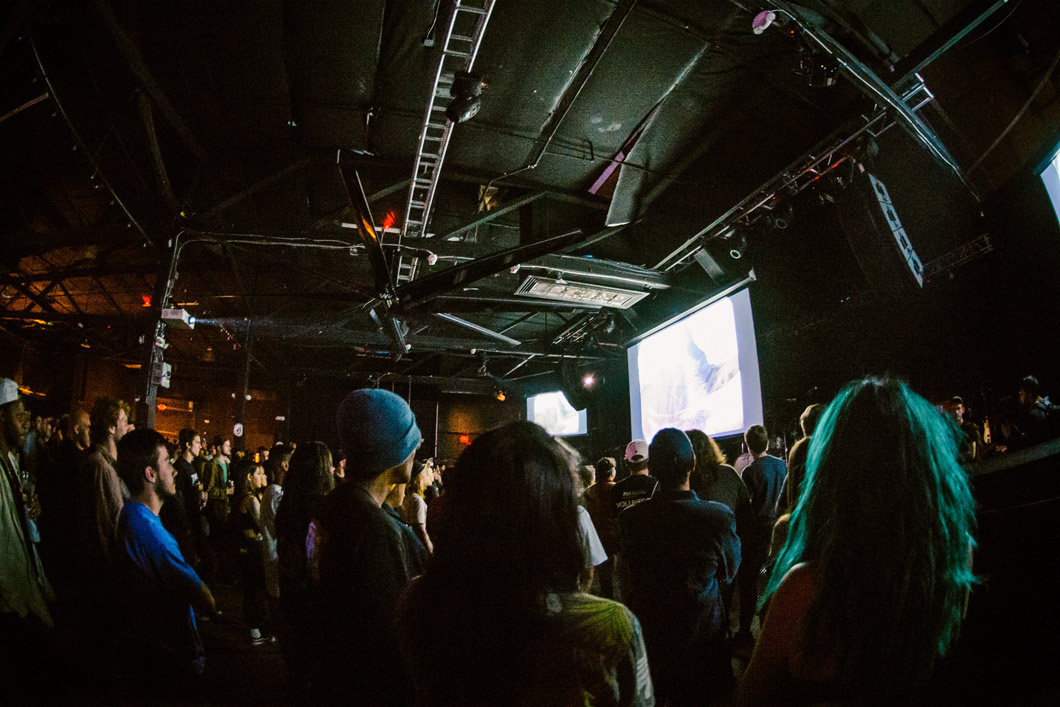 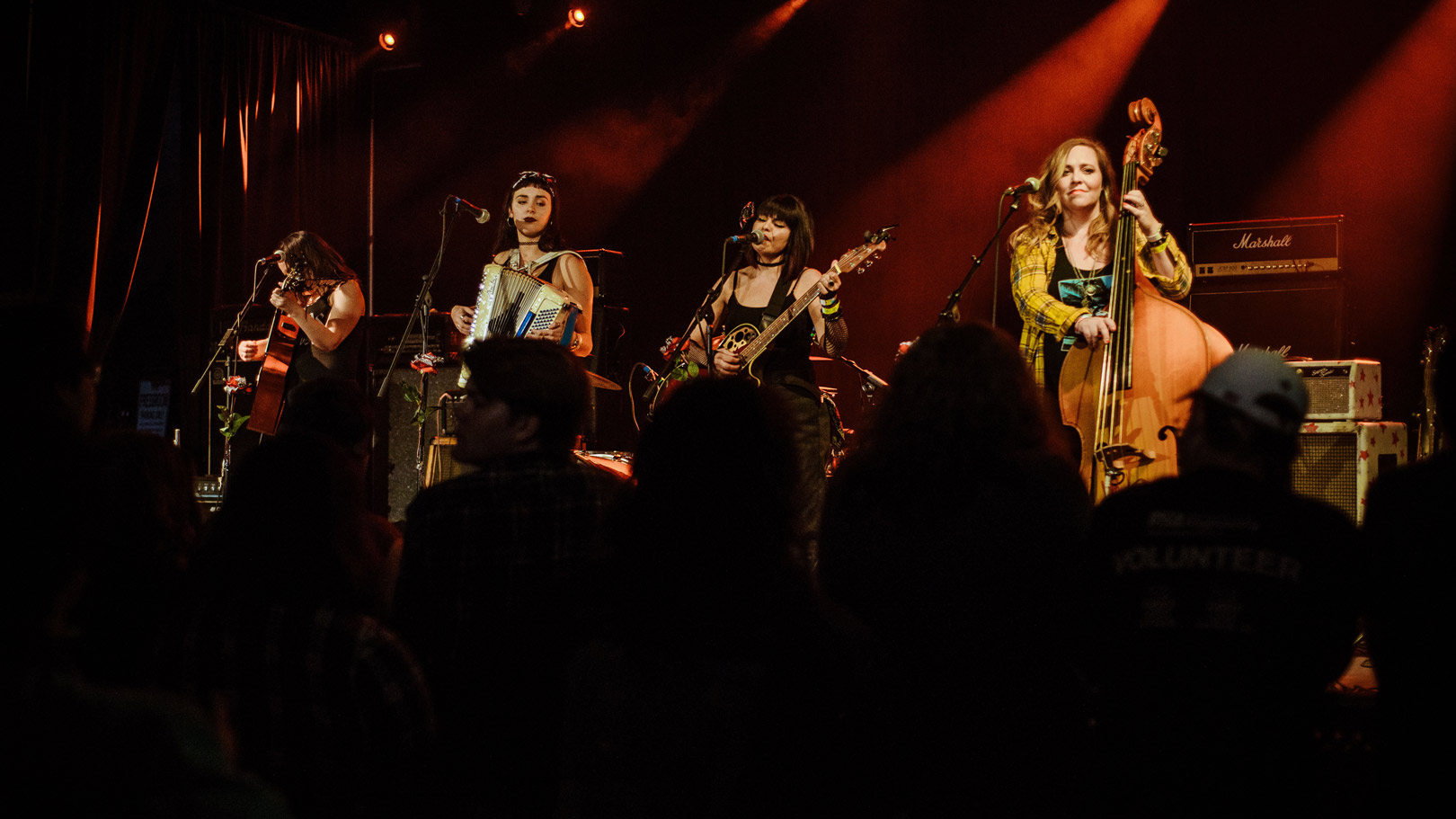 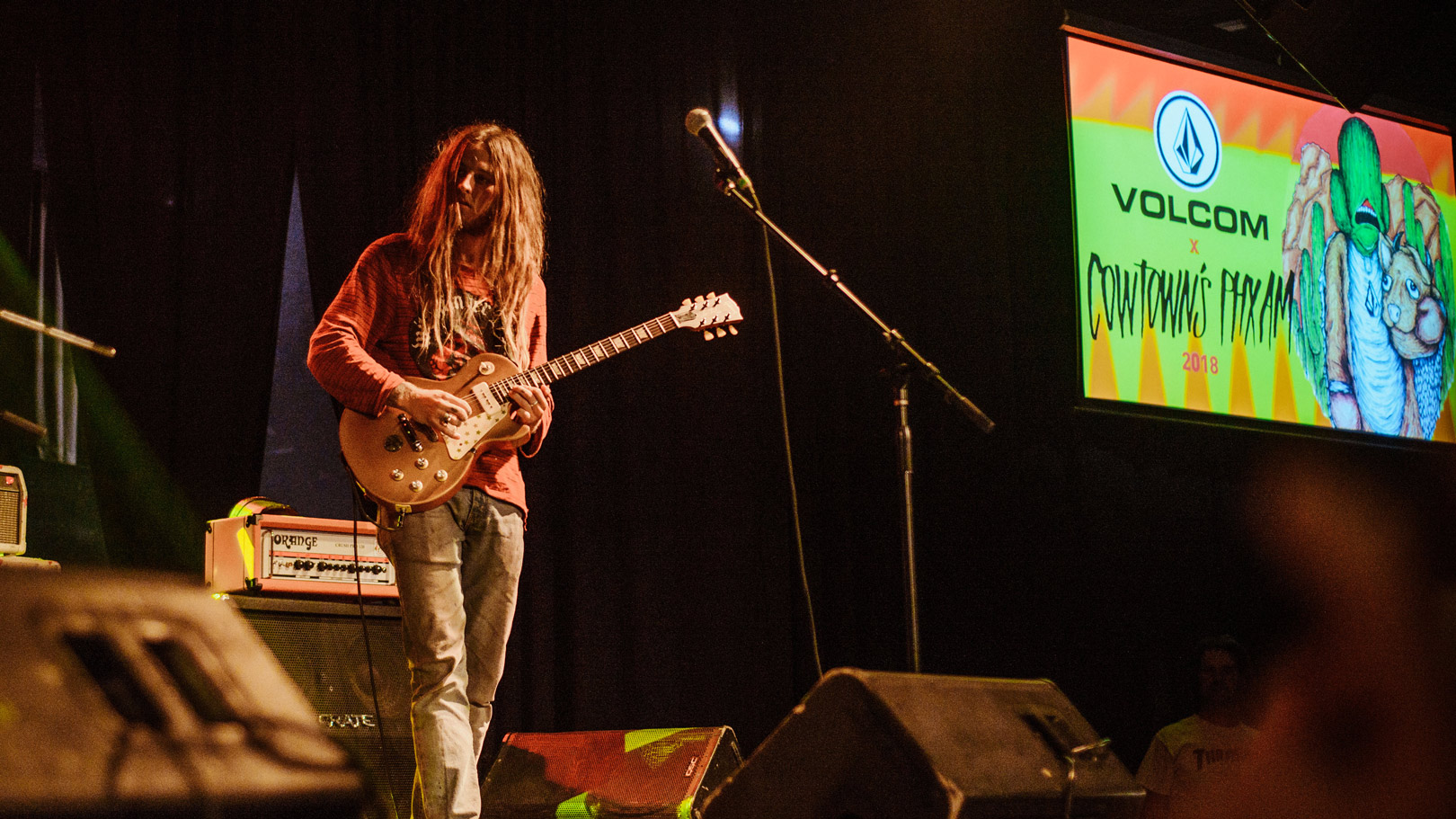 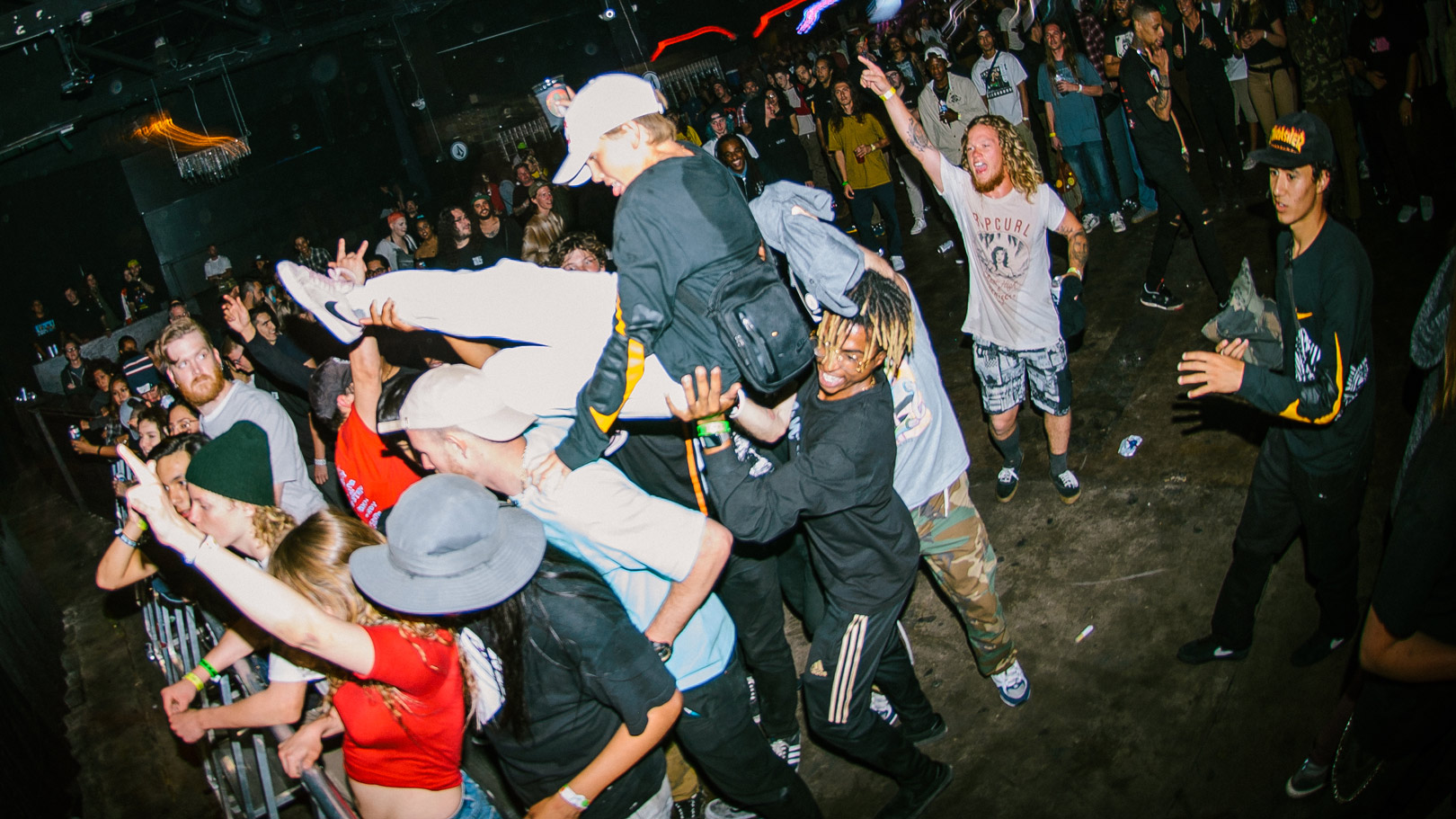 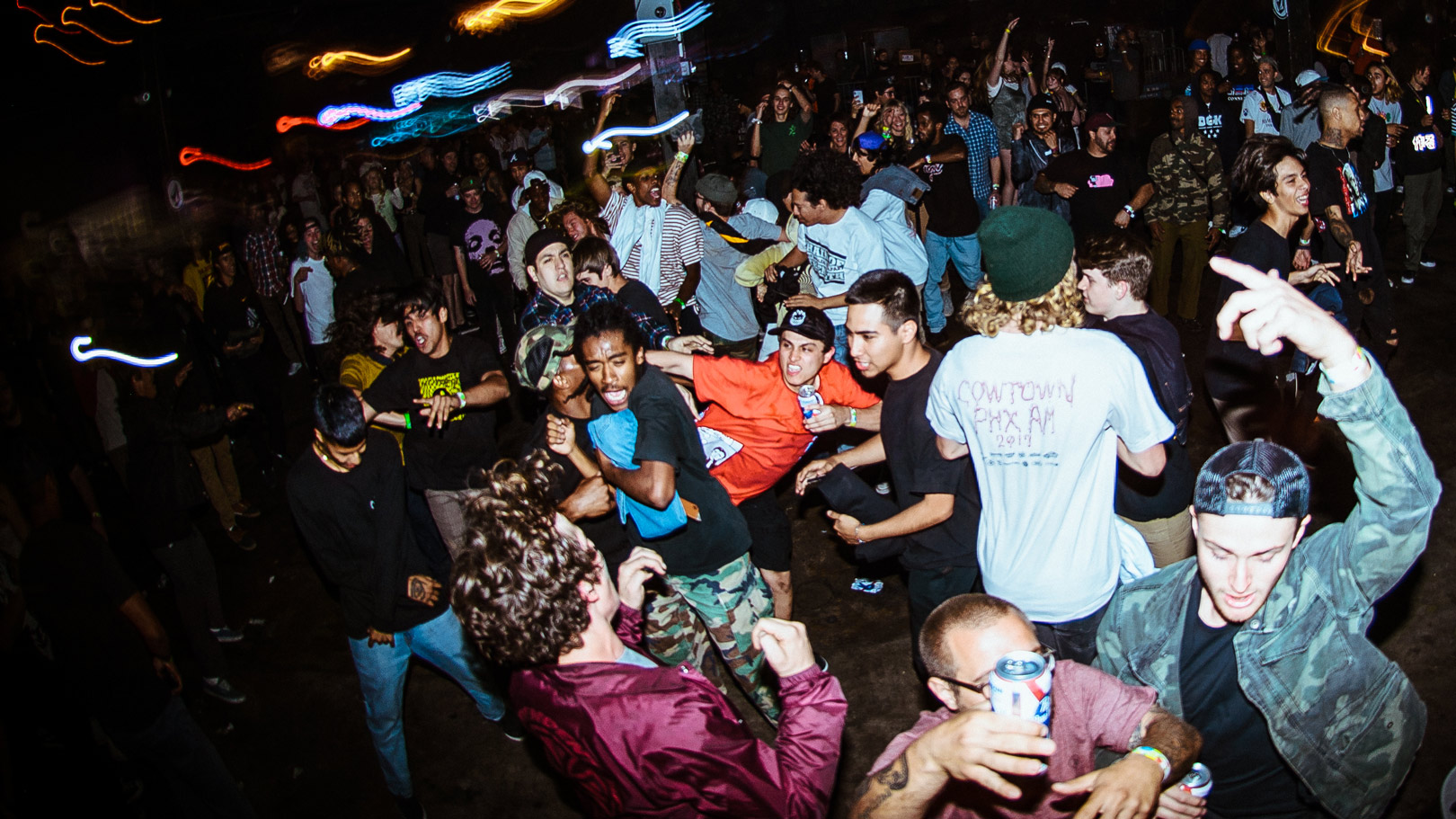 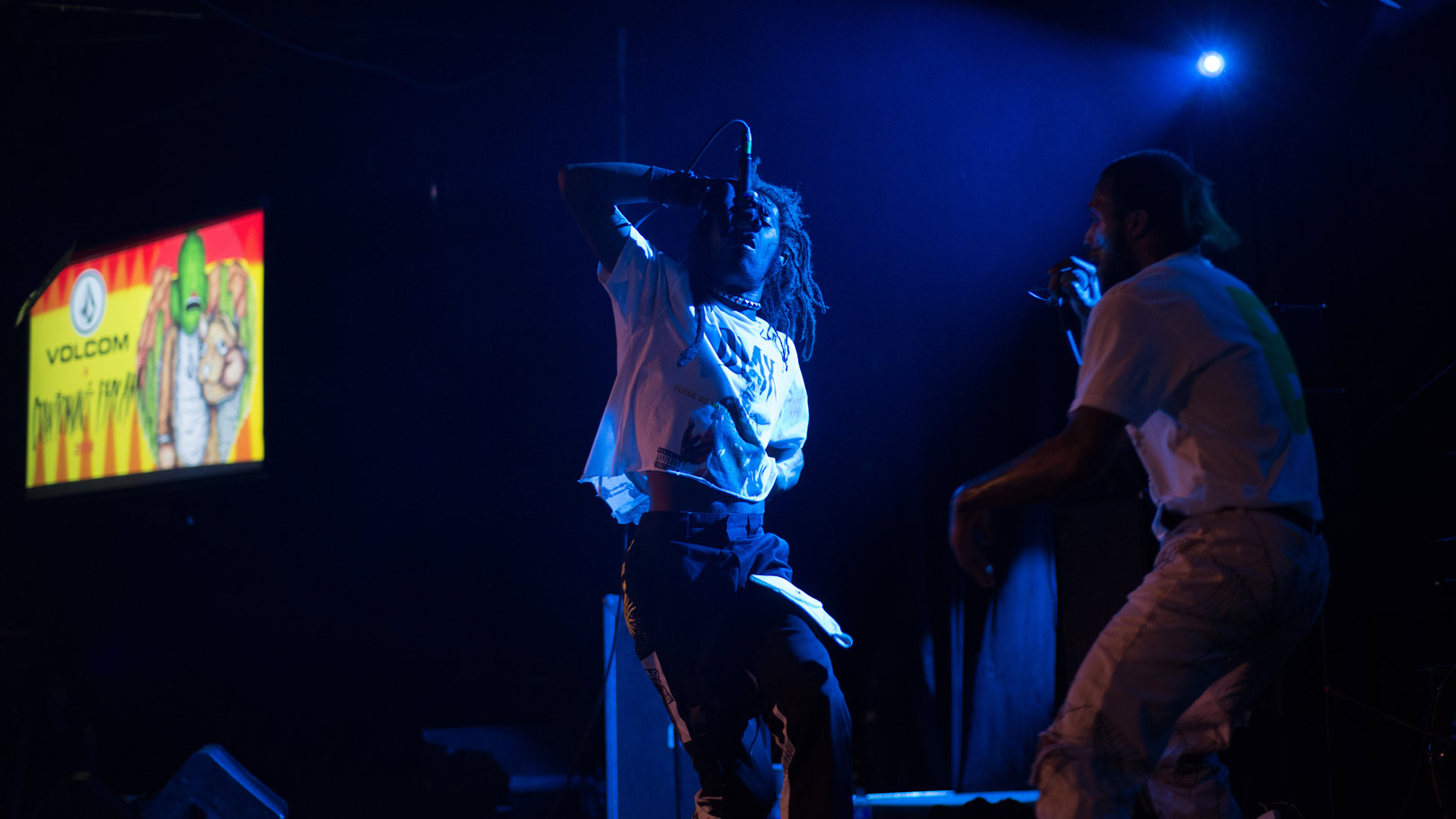 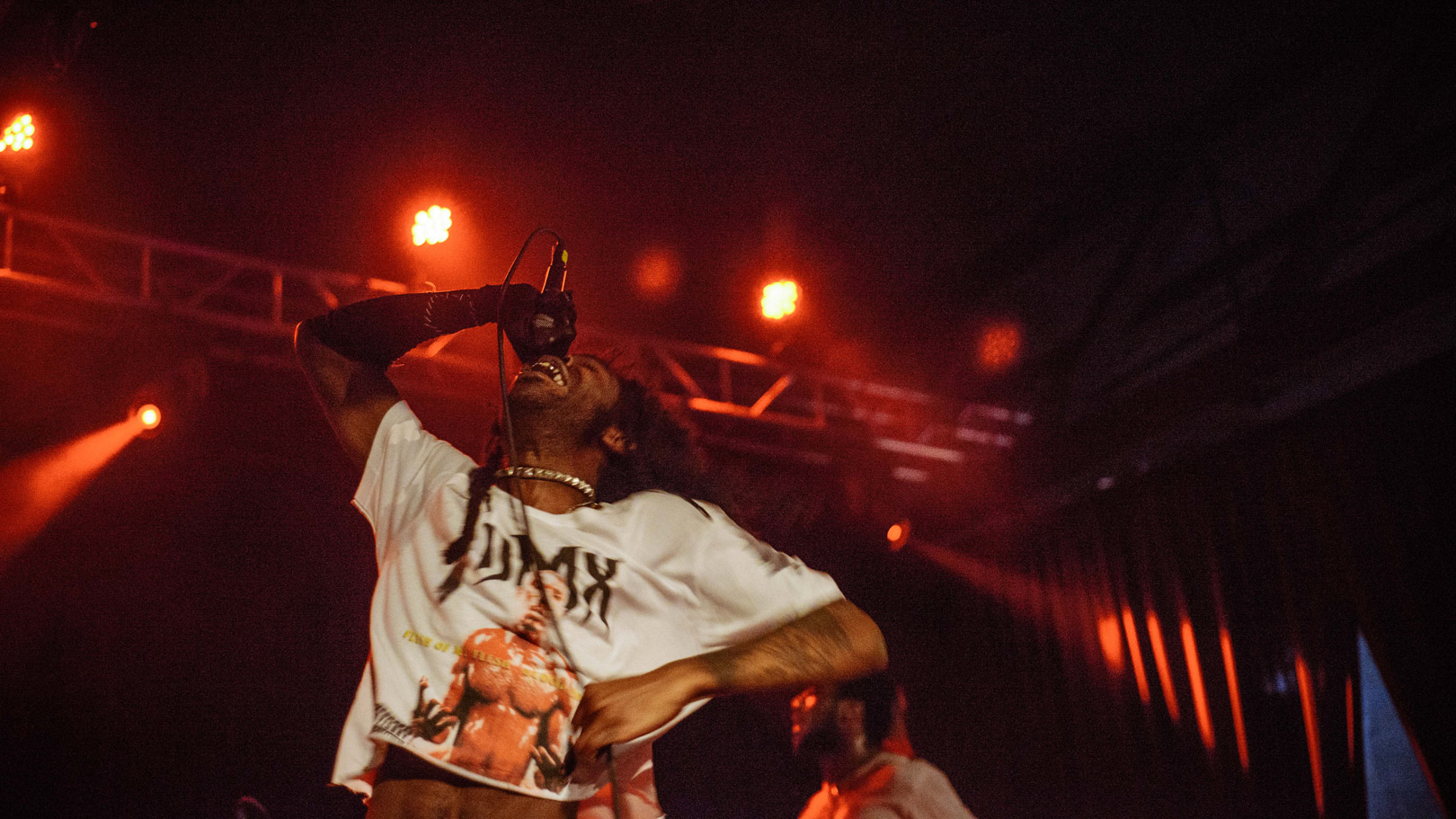 LIKE LAST YEAR, WE HOSTED THE OFFICIAL PHOENIX AM AFTERPARTY!

This year we had quite the lineup! We were kicking it off with the premiere of the local homie video “A Happy Medium 4” which was absolutely full of amazing skating from all of the local rippers. Next up we had Las Chollas, another local all female group that was a nice transitiopn into the night. Drunk Dom and The Roaches played next which sounded as if Johnny Cash skated and had a full band. With songs like “Frontside Rockin’ in the Free World” it definetly got the crowd fired up! As the night went on the mosh pit would get larger and DJ Goth Thot kept the party LIT inbetween sets. Riley Hawks band Petyr was the second to last band to play and melted everyones faces with his guitar wizrardry. We threw out some product we had leftover to get everyone more stoked! The headliner Ho99o9 went on and brought all of the energy to the stage with their rap/thrash punk mashup sound. It truley was something sepical and unique!

Next day was finals day, luckily our guys in finals kept it mellow at the afterparty and were feeling good for their runs. Henry and Giovanni both made it through the semi-finals and into the finals. Out of 200+ skaters, getting anywhere in the top 10 is an achievment in it’s own! After all the dust settled, Giovanni came in 8th place and Henry got 7th, everyone was stoked for them!

After the contest was over we decided to make the rounds of goodbye’s and hit the road. Giovanni split with his pops to head back to Brazil while Henry hopped into the Santa Cruz Skateboards van for a trip up to San Francisco, the rest of the crew gathered their things and got into the van. A quick snack stop for the drive home and we were off. In the van we could see all of these cacti along the freeway and CJ really wanted a photo besides one. Marcus was claiming it was his favoirite plant and he has never got to see one up close in the wild being from Norway and whatnot, so at the next truck stop we stopped the van and took a walk out to the tallest one we could find. We threw some rocks at some trash for a bit, everyone too a leak and on the way out we figured we’d take a group photo for the gram. All in all it was another epic weekend in Phoenix! Can’t wait for next year and would like to thank Trent, Laura, Ed and the rest of the team at Cowtown for putting together such an epic event!