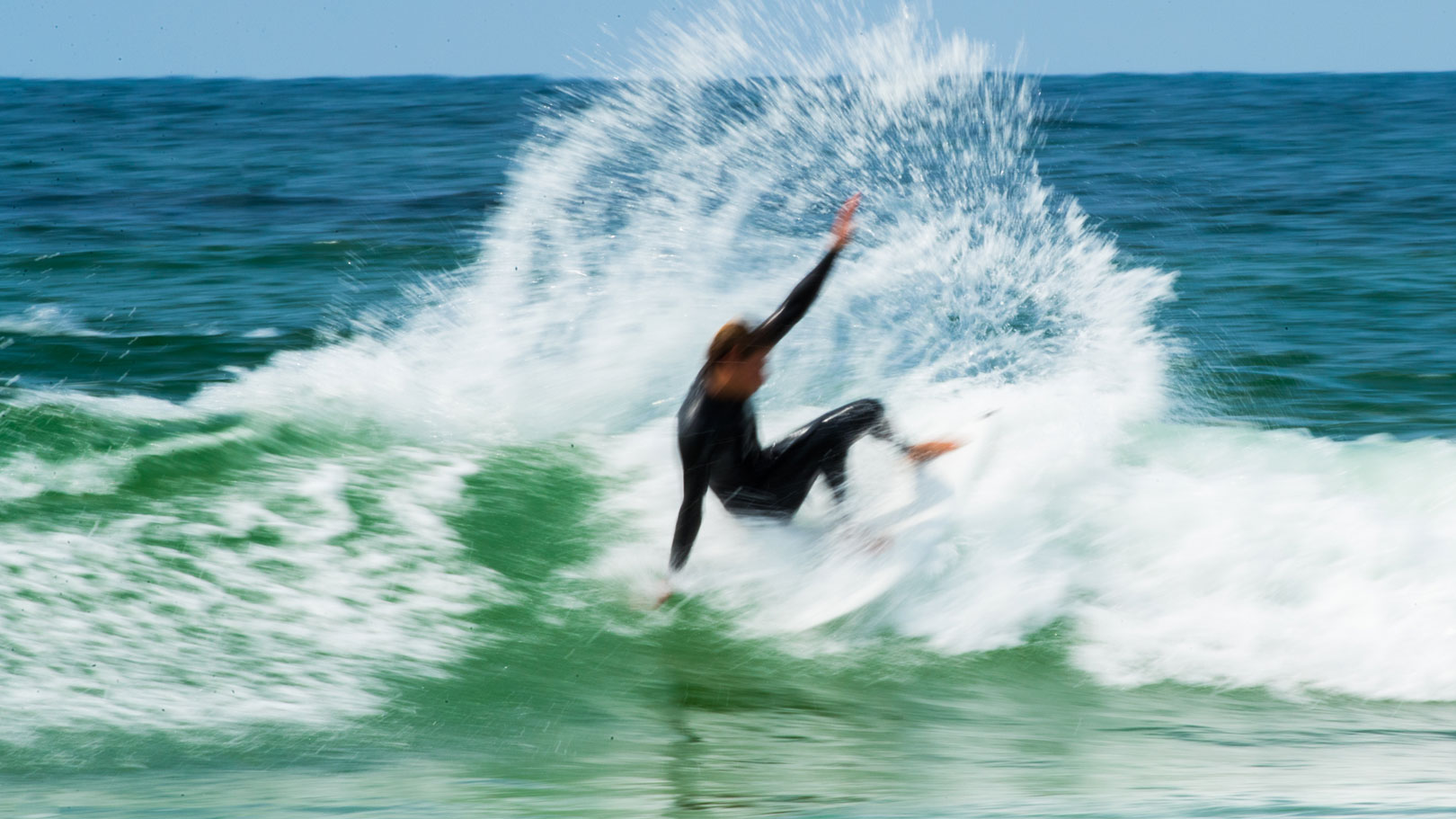 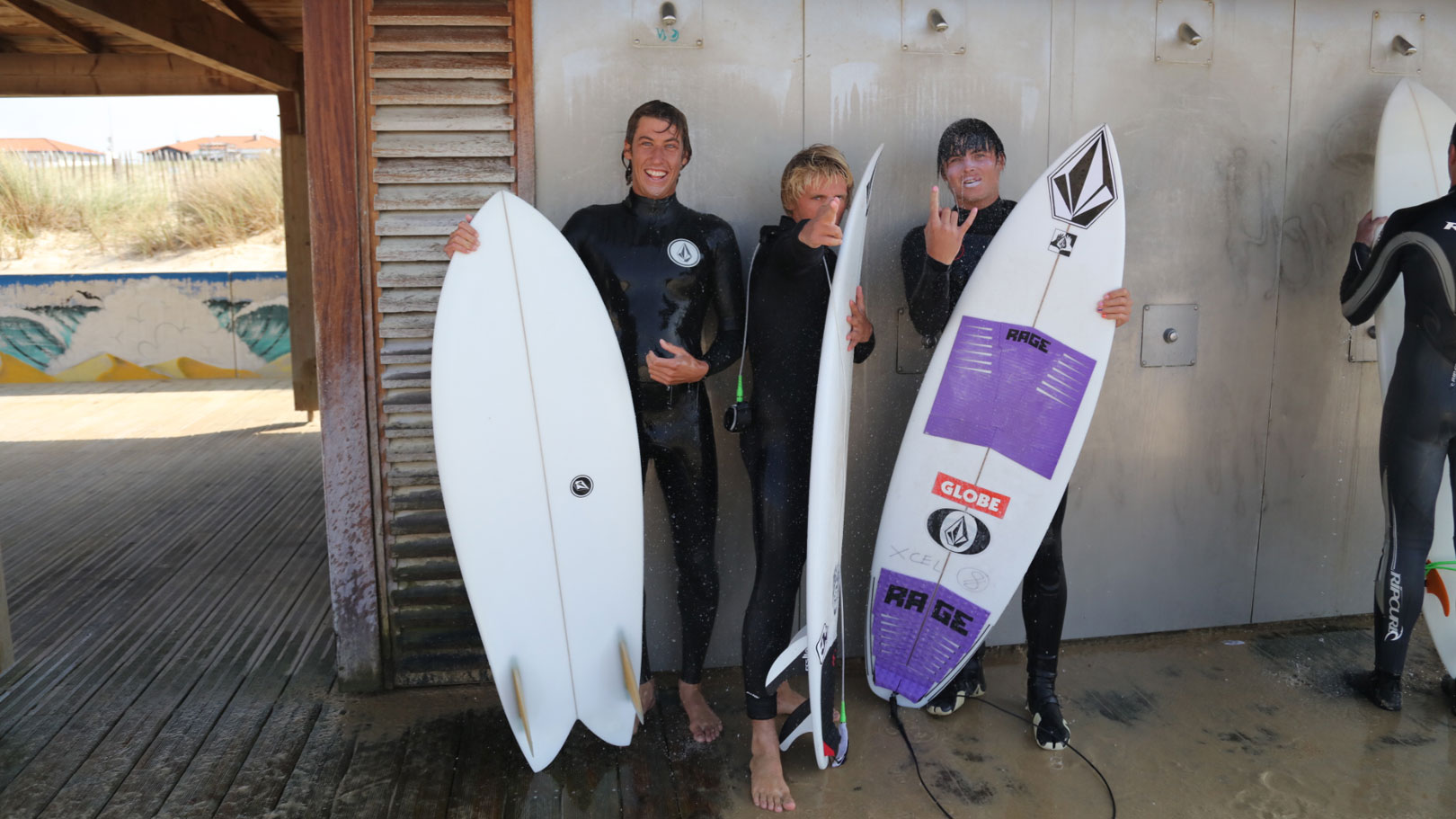 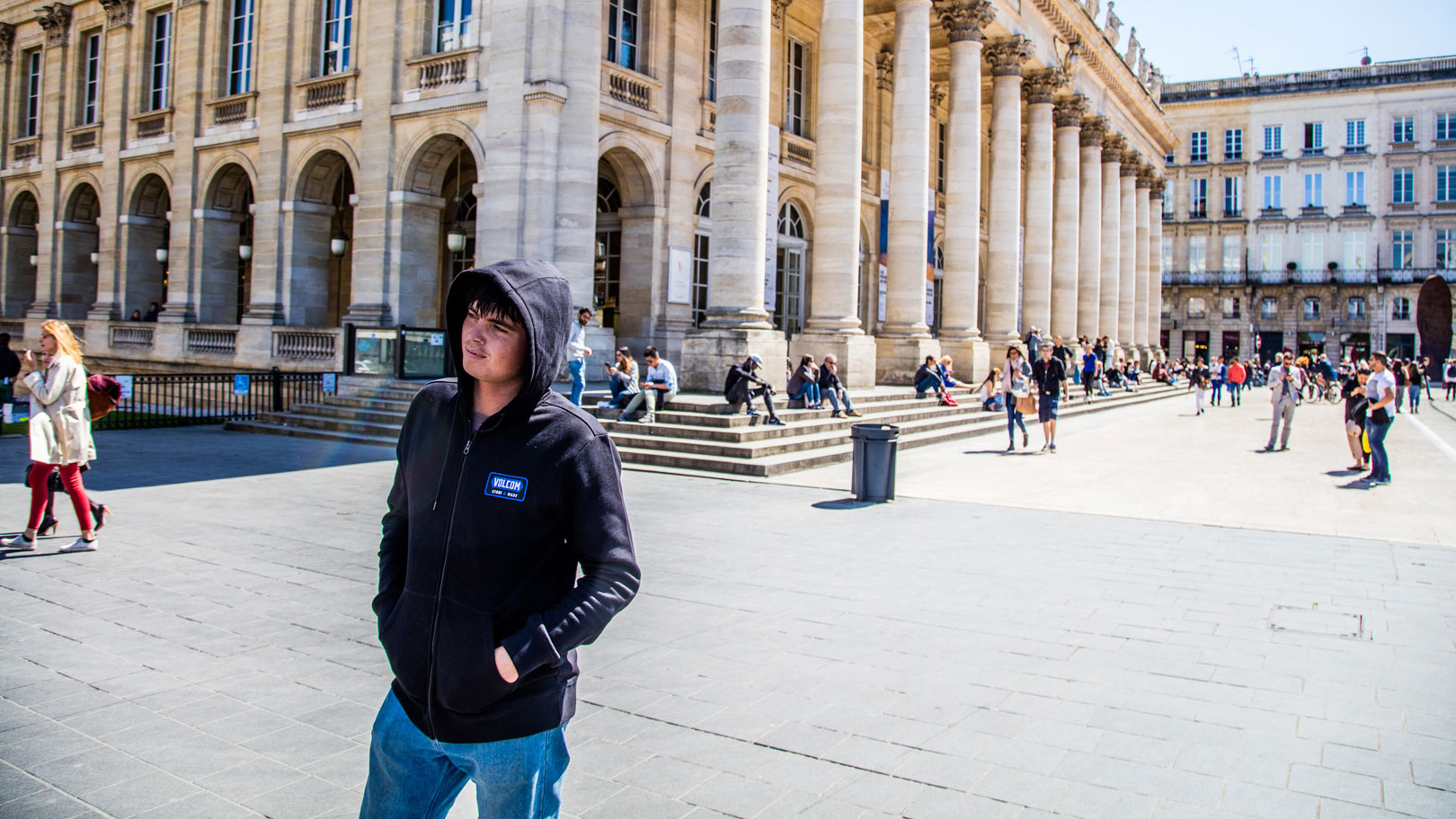 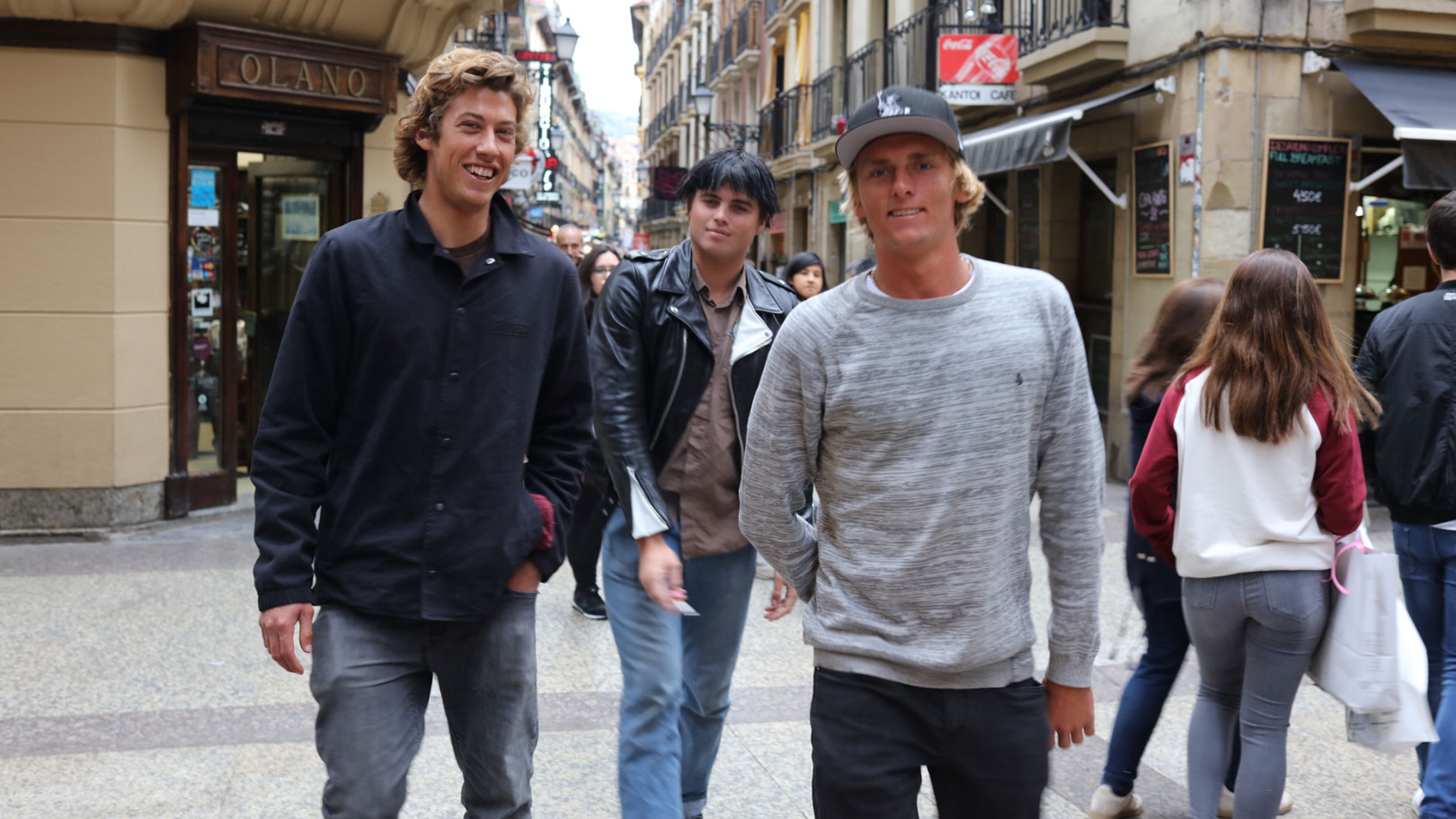 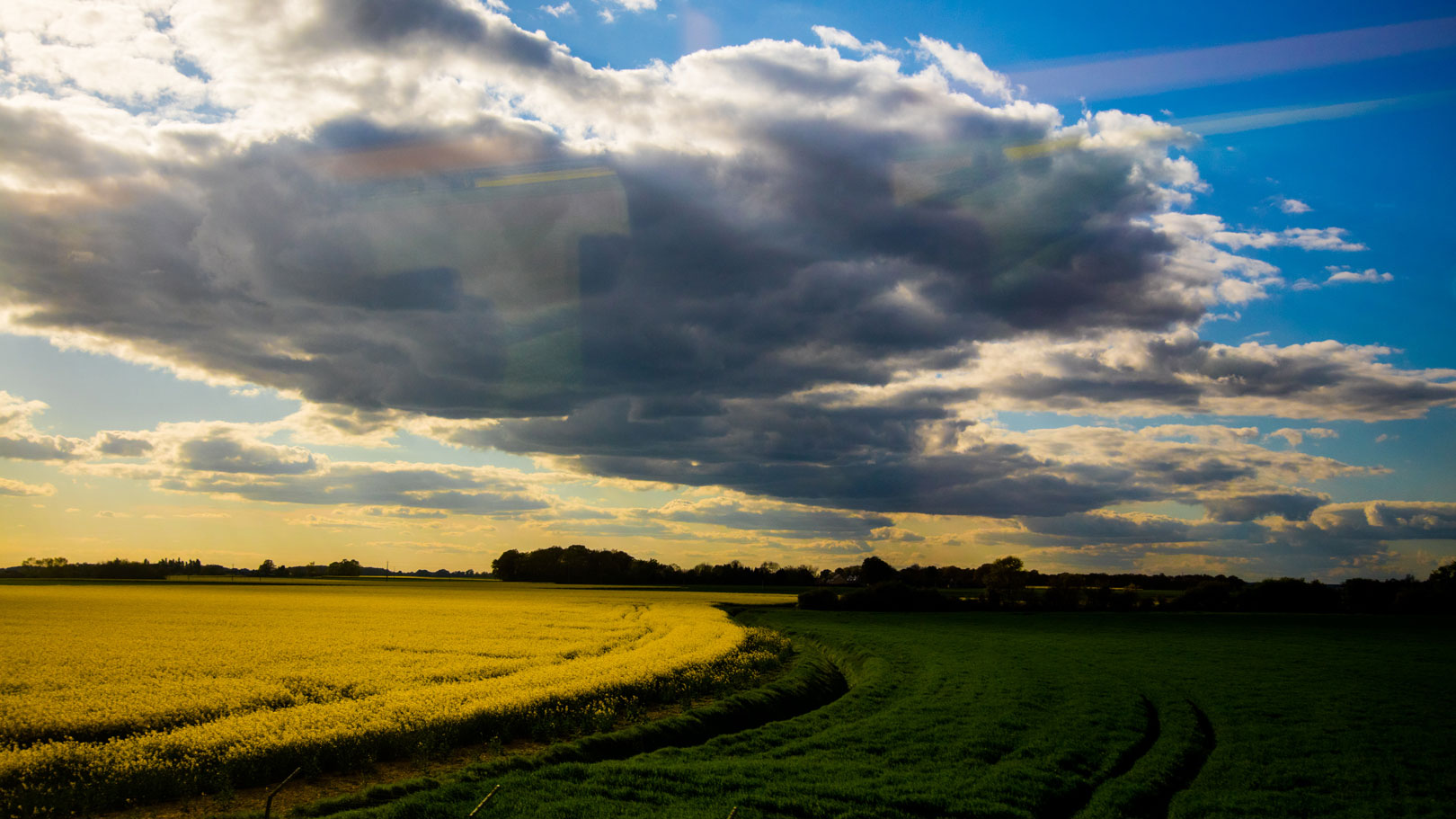 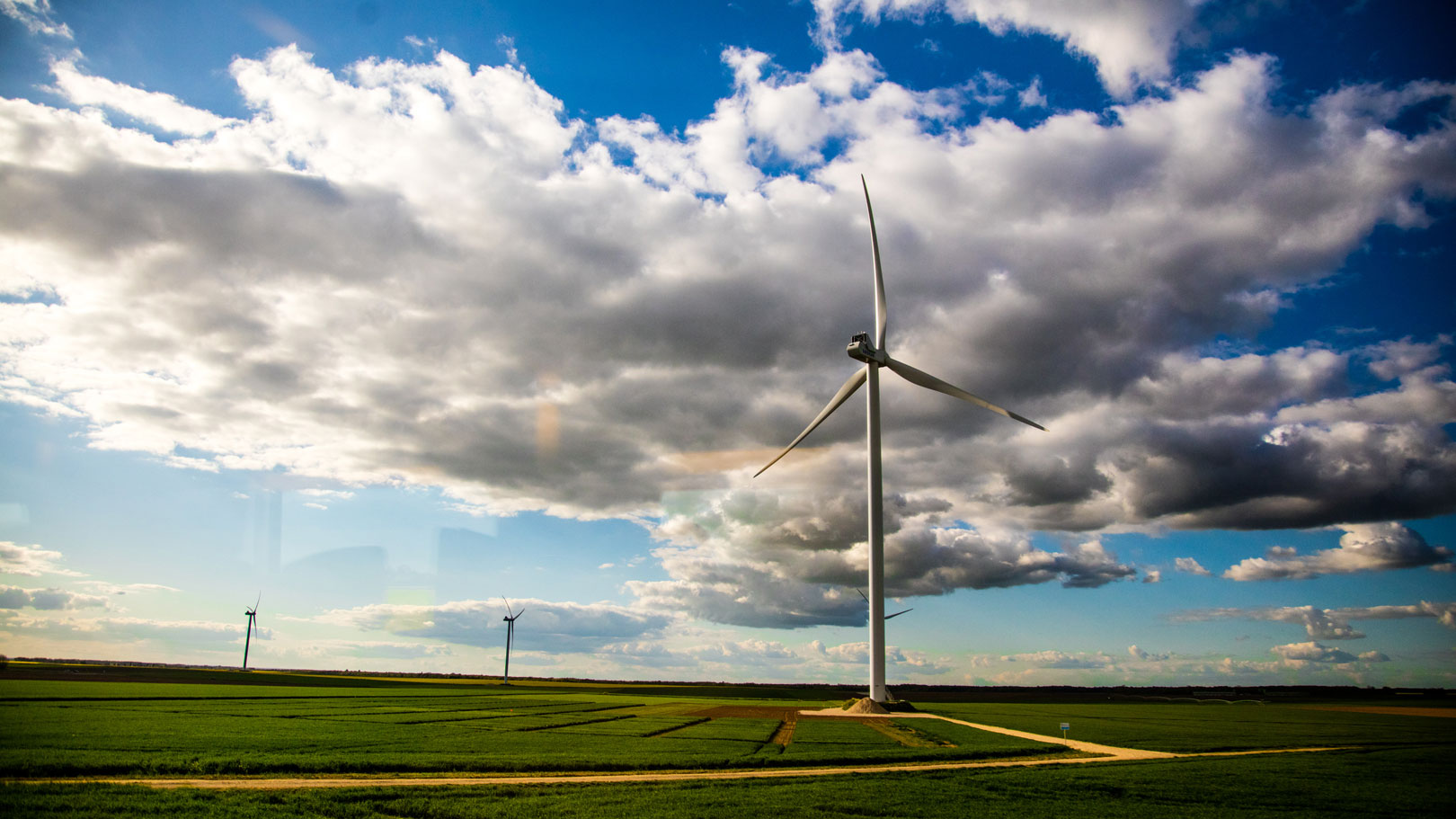 France seemed like a good break from the fast-paced lifestyle we were living in Portugal. However, we put the well-oiled machine into overdrive and kicked up the whole program a notch. It was Friday night and we couldn’t bare the thought of not going out in Hossegor. Half the crew live there throughout the year so they were happy to be home, see some friends and have a few pints at their local watering hole. That was night #1.

Night #2 meant heading to Spain. San Sebastian to be exact. For anyone that doesn’t know, San Seb is one of the most amazing towns you could ever visit with its narrow streets, killer bars and amazing tapas. The food alone is worth venturing over for. We visited a few shops, mainly Pukas, which is the biggest surf shop in Spain and then tore the city up. It was hard keeping everybody together when you’re rolling so deep. We had two rooms at separate hostels, but still somehow we managed to only sleep six people in beds. Others slept in their cars, a few on the ground and then others didn’t sleep at all. It was quite the site when we all reconvened the next morning. We didn’t let a little hangover stop us from enjoying some breakfast tapas and some delightful cider.

Burch put on a yoyo display in San Sebastian for the tourists. Don’t ask about the hats.
Noa with the Wasted Talent 16mm camera. Always the connoisseur.

The party continued on night #3 back over the border to Hossegor once again. By then we were feeling it. Giraffes (giant tubes of beer) were going down too quickly and I knew there couldn’t be a happy ending to this weekend. The next day was going to be full of fear. And we weren’t far off. The Volcom house looked like a bomb went off. We had been going strong for over a week now and a day off was much needed. So we rested, packed our bags and got ready for our journey the following day to Paris where we would end the trip.

I wonder what Burch was thinking right here in the board dungeon?
We had the meanest barbecue at the Volcom house in Hossegor. It was a sausage fest of sorts with some duck thrown in.

It was Semana Santa (Easter) and flights were full and expensive so we decided to jump on the train instead. There’s not a better way to experience and view the French countryside than by rail. Beautiful, vibrant hills were covered in the brightest yellow wildflowers and sprinkled with giant windmills. It was beautiful.

Paris greeted us with open arms. We didn’t arrive until 8pm, but the night was young. Restaurants cook until 11pm, which is great. Bars stay open until the wee hours (which is also great). We saved the best meal for last and sampled all the exquisite cuisine Paris had to offer. We woke up a little fuzzy, but had enough in the tank for one last night. After visiting a few shops and then putting a few pints back, we went to check out a concert nearby put on by one of the presidential candidates. It was raging. The cops were in full force and dressed like RoboCop riot gear. Feeling a little uneasy, we didn’t stay long as the large crowds were a bit overwhelming. So we stumbled upon a Korean BBQ joint that looked like it could accommodate the 10 of us. We ate like kings trying to forget that we were leaving the next morning.

France isn't France without a good old-fashioned shot of the Metro.
The elections led to some large crowds and lots of cops.

We had all became great friends by the end of the trip. And as the clock ticked, we knew this memorable trip had to come to an end. We finished out the night at a heavy metal bar. There are always good people at metal bars. They are the salt of the earth. We said our goodbyes that night, shed a few tears and made promises to come back and see each other soon. Farewell for now…

Words and photos by Volcom staff photographer, Tom Carey. Check out additional Euro Thrash coverage from our friends Wasted Talent and Surfline who joined us on the trip.