VOLCOM JAPAN RELEASES COLLABORATION WITH SUICIDAL TENDENCIES AND ST’S MIKE MUIR TALKS MUSIC, MOTIVATION, DAVE LOMBARDO, AND WHAT’S NEXT FOR THE BAND, IN THIS EXCLUSIVE INTERVIEW.

WORDS BY MICHAEL SIEBEN (THE ARTIST BEHIND THE COLLAB)

“One of the first Thrasher Magazines I owned was the May 1987 issue with Mike Muir on the cover and his interview inside. Thrasher was my introduction to skateboarding and punk rock, and this issue, in particular, was eye opening. The fact that there wasn’t a skater on the cover, hammered home the concept that skateboarding was much bigger than just the act of rolling itself as the music and art had just as much importance to the subculture. I was sold. Suicidal Tendencies was also one of the first bands I listened to that had nothing to do with my parents’ musical tastes or influence. It was something I discovered on my own and they’ll always have a very special place in my heart.”

“Getting the opportunity to work with Mike Muir and Volcom Japan on these designs is literally a childhood dream come true. I made a Suicidal Tendencies Sharpie t-shirt at age 12, and now at age 43, getting to see my artwork on official ST merchandise — I’m honestly blown away. And, yeah, I’m still possessed to skate. Thanks, ST!”

The Volcom x Suicidal Tendencies Collection is exclusive to Japan only.

Mike and Suicidal Tendencies were over in Japan in November for Volcom Entertainment Live, a music festival which featured tons of live music (including ST), skate ramps, and more, and FLJ Magazine sat down with Mike to ask him a few questions. See below for the interview and some photos from the festival.

Can you tell us one of your favorite memories from Japan?

MIKE: I’ve had so many great memories from Japan. It is actually the country I’ve been to the most times to visit without the band. I had lots of Japanese friends from around the Dogtown area from school and after the band started long before we played there in 1993. Every time I have gone there I have had an amazing time and I personally, and the band, were so excited to come back in November and see all our friends and make new ones.

Suicidal Tendencies is one of the first bands to blend punk, skate and street culture into a unified movement. What was it like starting out and being a pioneer in that space?

MIKE: When you do something that isn’t “established,” you will always have people try to criticize and attack you. ST was never a band to conform to other people’s beliefs. I’ve always had my strong beliefs and refuse to change for other people.

“WE ENCOURAGE PEOPLE NOT TO BLINDLY FOLLOW ANYONE (INCLUDING ST), BUT TO FIND YOUR OWN PATH AND MAKE YOUR MARK.”

So, for ST, we have been very lucky as we are now great friends with a lot of the biggest names in action sports and a lot of people that we greatly admire for their skills and abilities, and even more for the fact that they followed their dreams when people told them they were “wasting their time.”

Japan has always loved the culture you and your brother created, and you have developed great friendships here from way back in the day. Can you tell us your connection with Japan?

MIKE: Friends, culture and food! When this event was announced, I instantly got lots of emails from my Japanese friends about how excited they were and how glad they were that we are doing this event and looking forward to seeing the band and hanging out. Culture. My family and I have incredible respect for the Japanese culture. We have visited Japan several times on holidays and always have an amazing experience and see and learn new things.

Getting back to the music… Who’s in the current lineup of Suicidal Tendencies?

How did you hook up with Dave Lombardo?

MIKE: I’ve always been a huge fan of Dave’s drumming and always knew that he would be an amazing addition to ST. Having known him for years, it was probably harder to ask him if he would be into playing with ST as I did not want to make him uncomfortable. But, I got up the courage to ask and he was like “fuck yes,” so we were all incredibly happy, and now having played with him for a year and a half, I’m even a bigger fan of his drumming. He is a great friend and great person besides being an unbelievable drummer! I’m extremely honored to have him as a band mate and friend!

What was the idea or concept of your latest record, “World Gone Mad”?

MIKE: Basically, we wanted to do a record, but only if we felt that it really covered all the elements of what we believe makes ST, ST. All the best elements without conforming to what is popular today. We never did what was popular at the time, and I believe that is one of the main reasons we are not only still around, but have such strong and dedicated support. Lyrically, I’ve always tried to be as honest as my dad was with me. To try and offer another perspective and to remind people that things are not always easy, they will usually not go the way you hoped, but you have to deal with the situations you are in and no matter how tough, never stop fighting for yourself or believing in yourself all the while having compassion for others so that they might find their strength too.

You stated that this would be ST’s final studio album. Is this true?

MIKE: Before we recorded “World Gone Mad” we said if it was not a record that we would feel comfortable being our last, we wouldn’t record it. I believe that is quite standard and we felt we achieved that. We recorded an EP that should be out early 2018, which was mostly recorded at the same time, and we also might have a special surprise release in 2018, but there is no official announce for a while :)

MIKE: Recently went to Mexico and a few festivals in the states, then came here to Japan for this festival. I came out here early and stayed after which I was looking forward to doing. Next, I go to Brazil. We are off for Christmas. Finish in studio in between and then start touring again in 2018 and go worldwide for the whole year.

Lastly, what is the essential message of Suicidal Tendencies you want people to remember?

MIKE: You are stronger than people want you to be. Believe in yourself, challenge yourself. Don’t believe in excuses. Each day may not go the way you want, but tomorrow is a new chance.

“EVERYDAY IS AN OPPORTUNITY TO GET CLOSER TO YOUR DREAMS AND GOALS. NO ONE CAN BE BETTER AT YOU THAN YOU!” 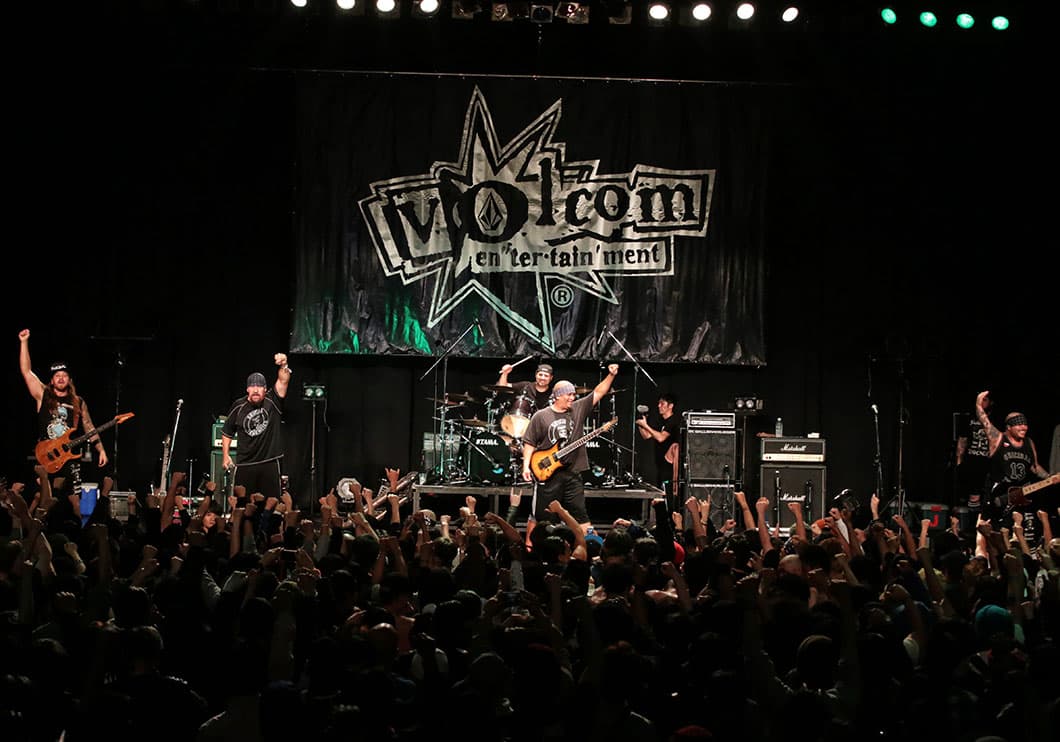 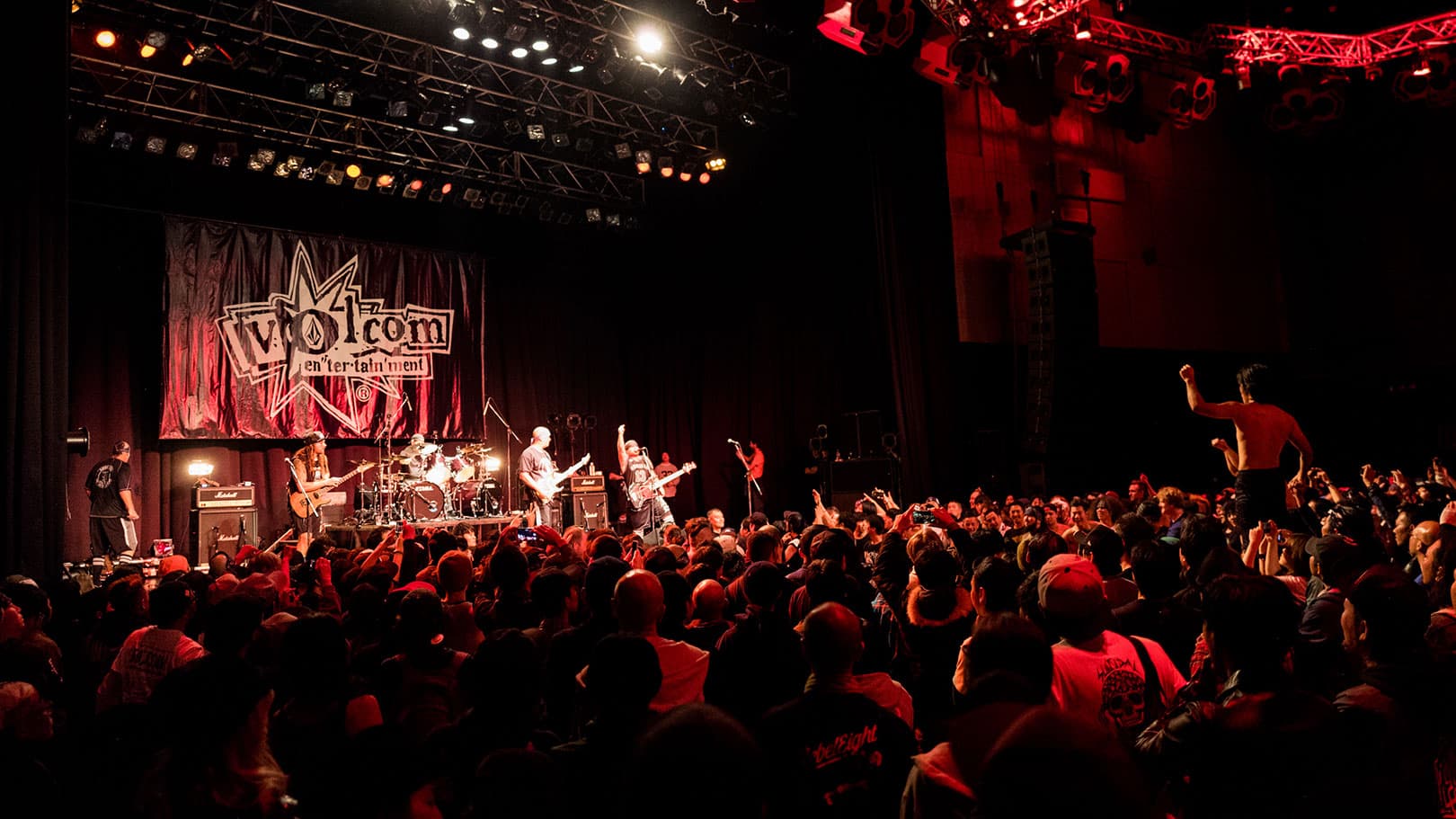 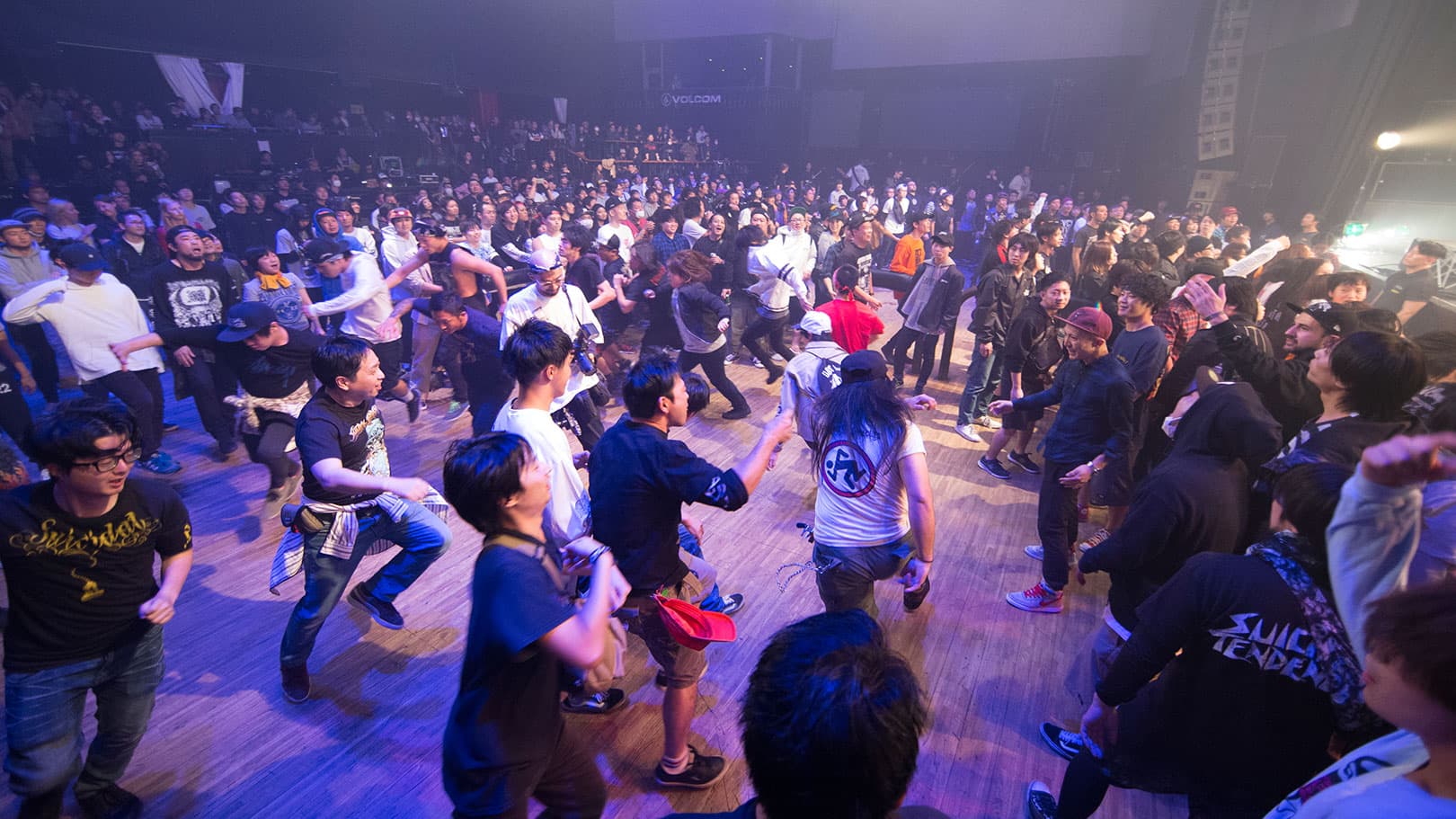 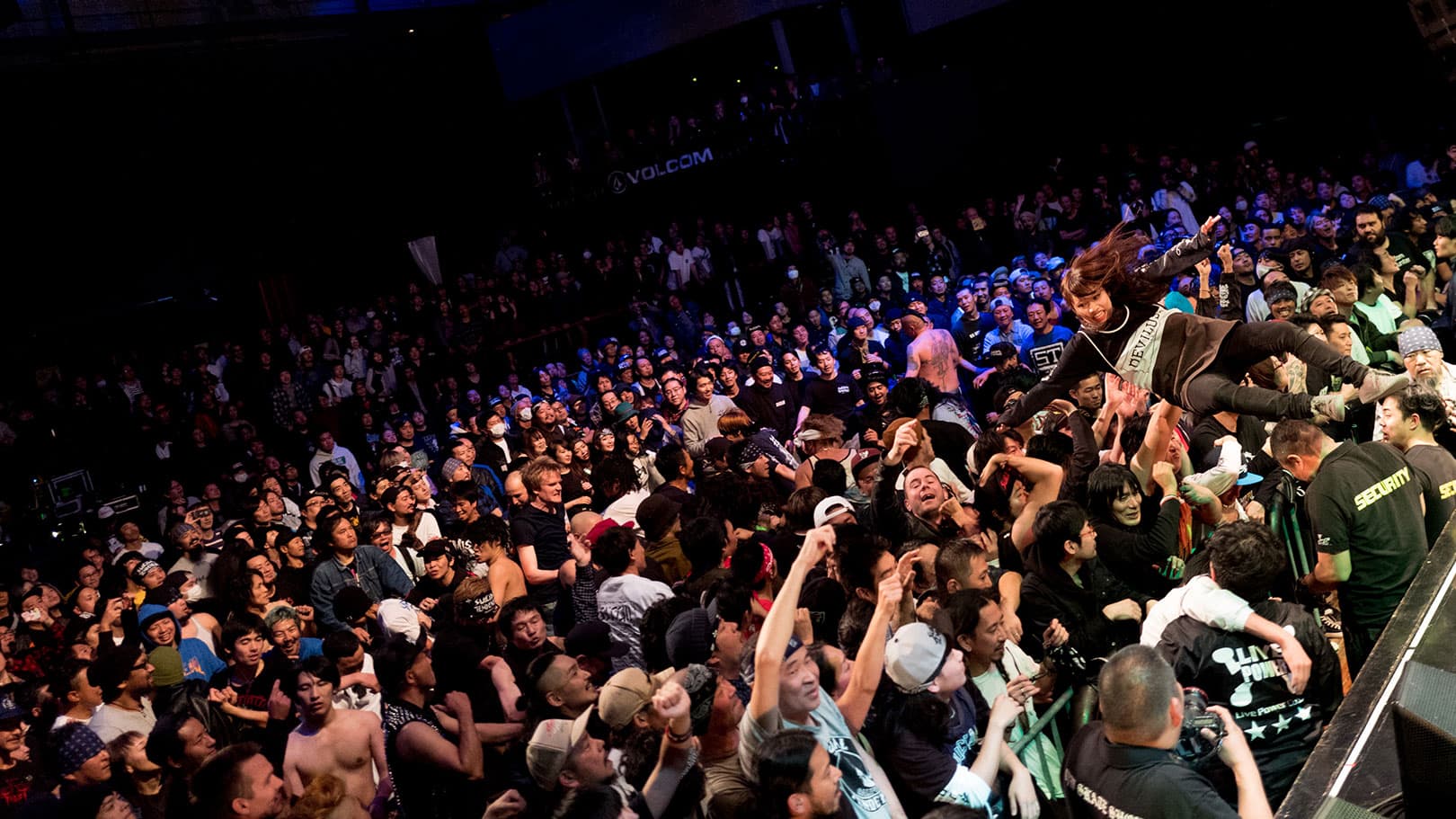 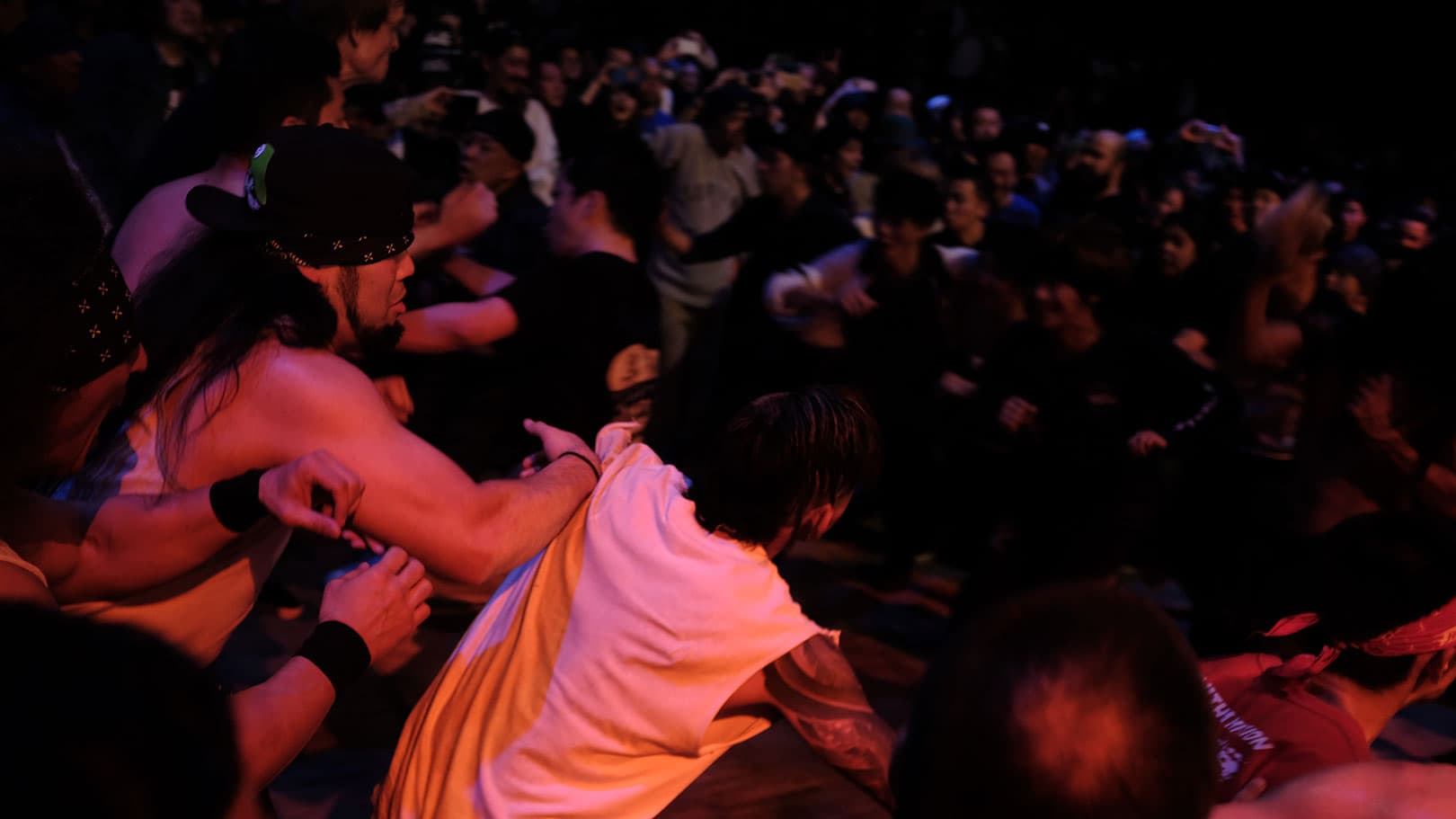 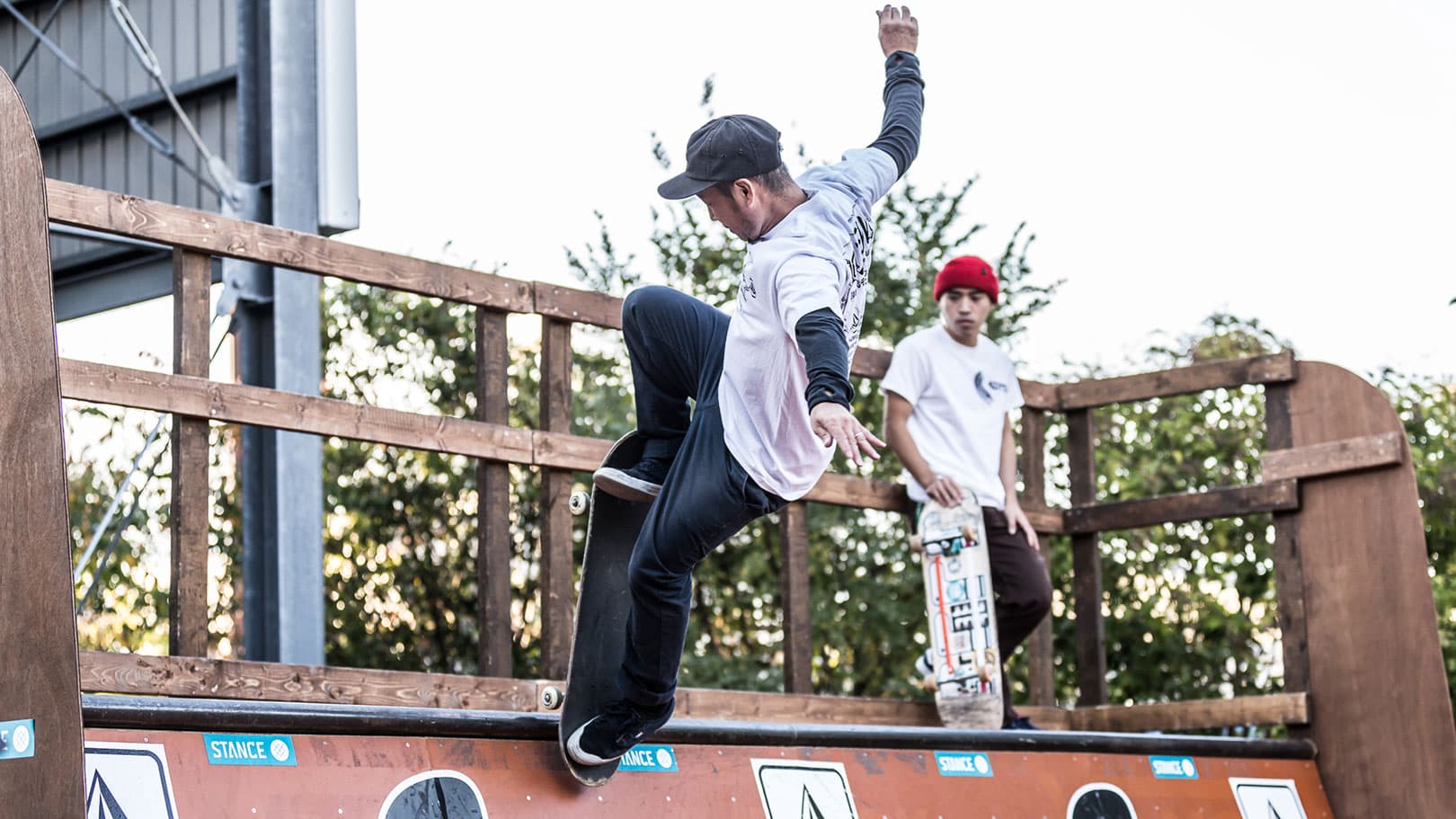 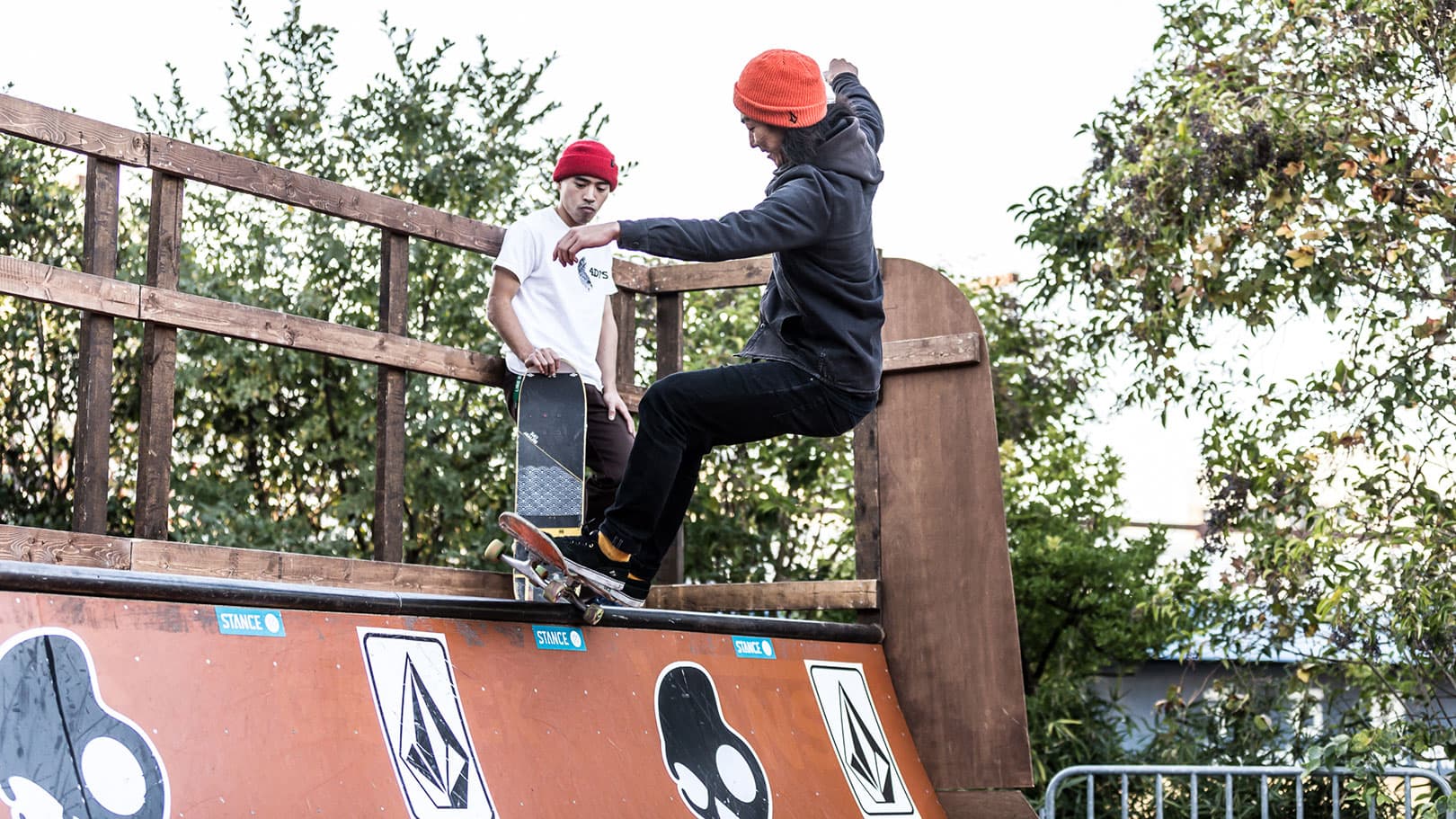 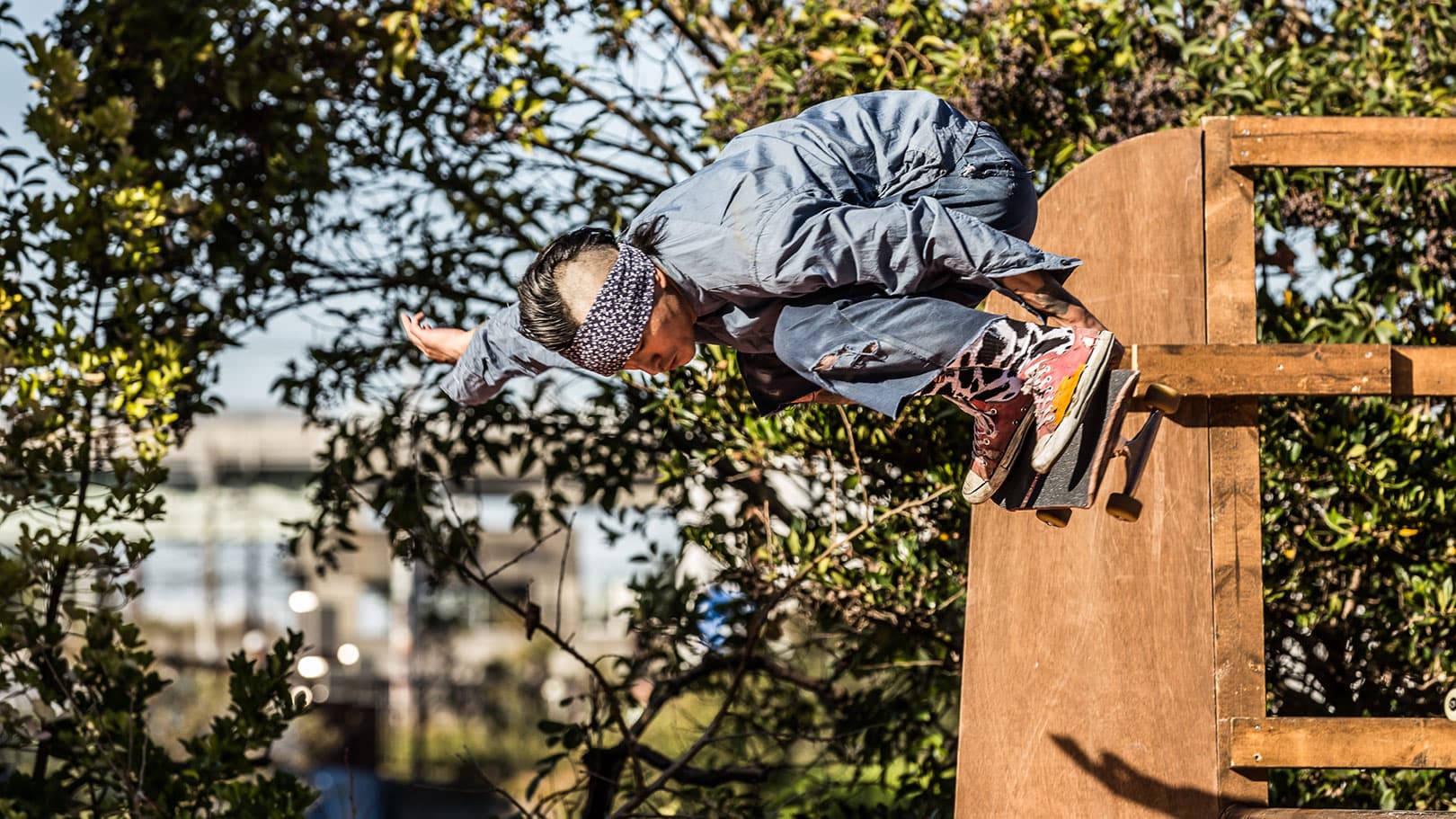 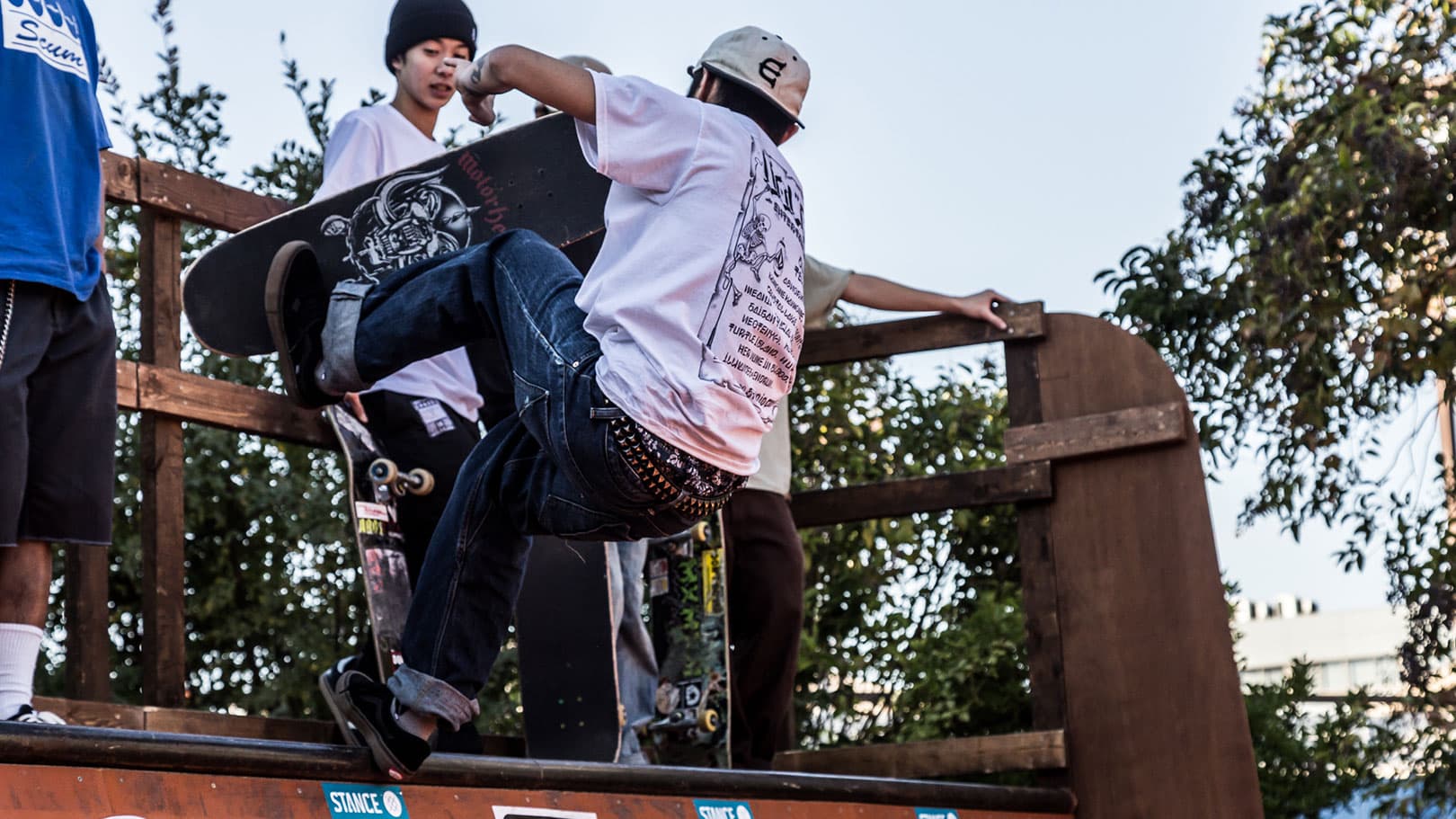 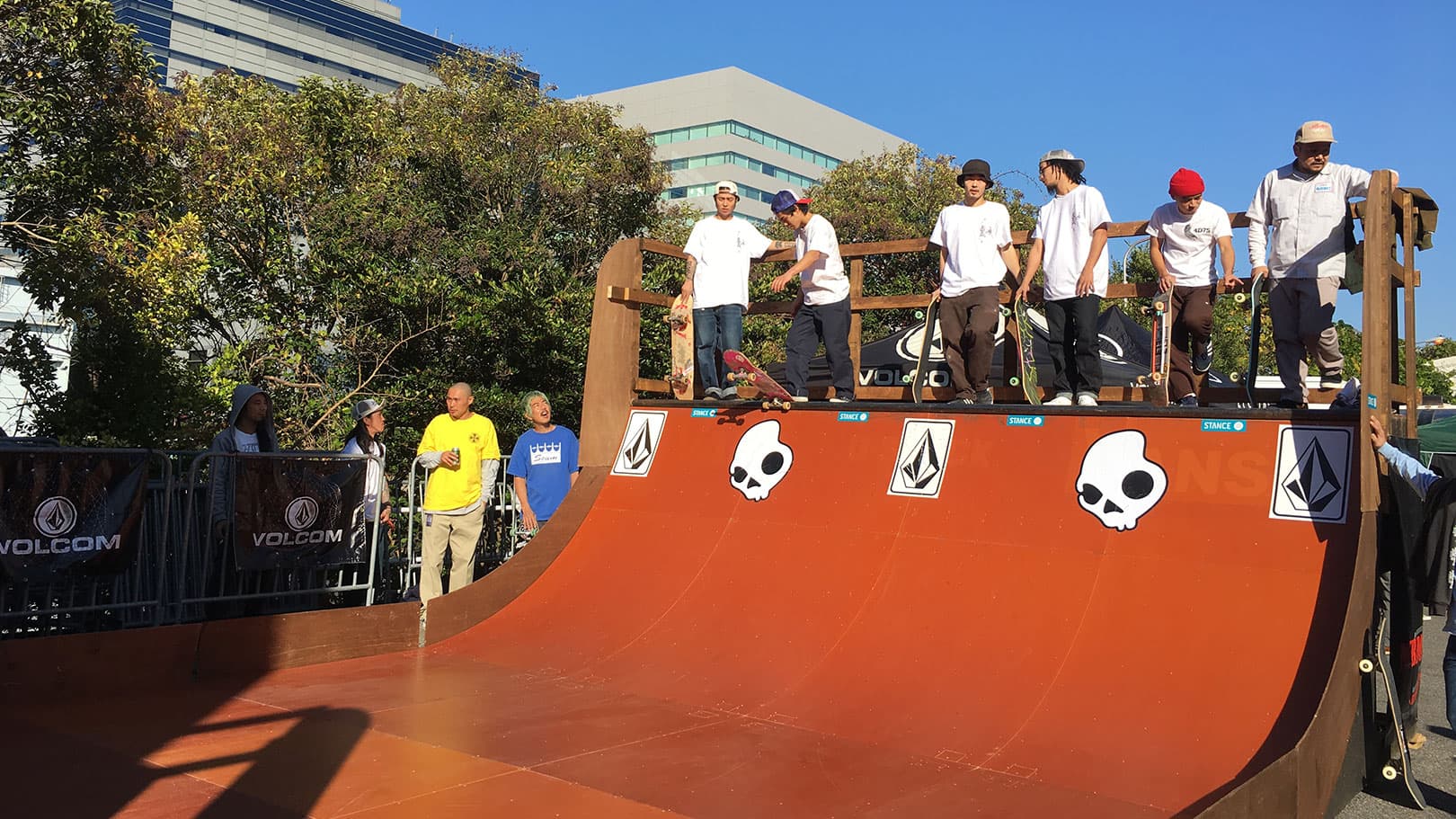 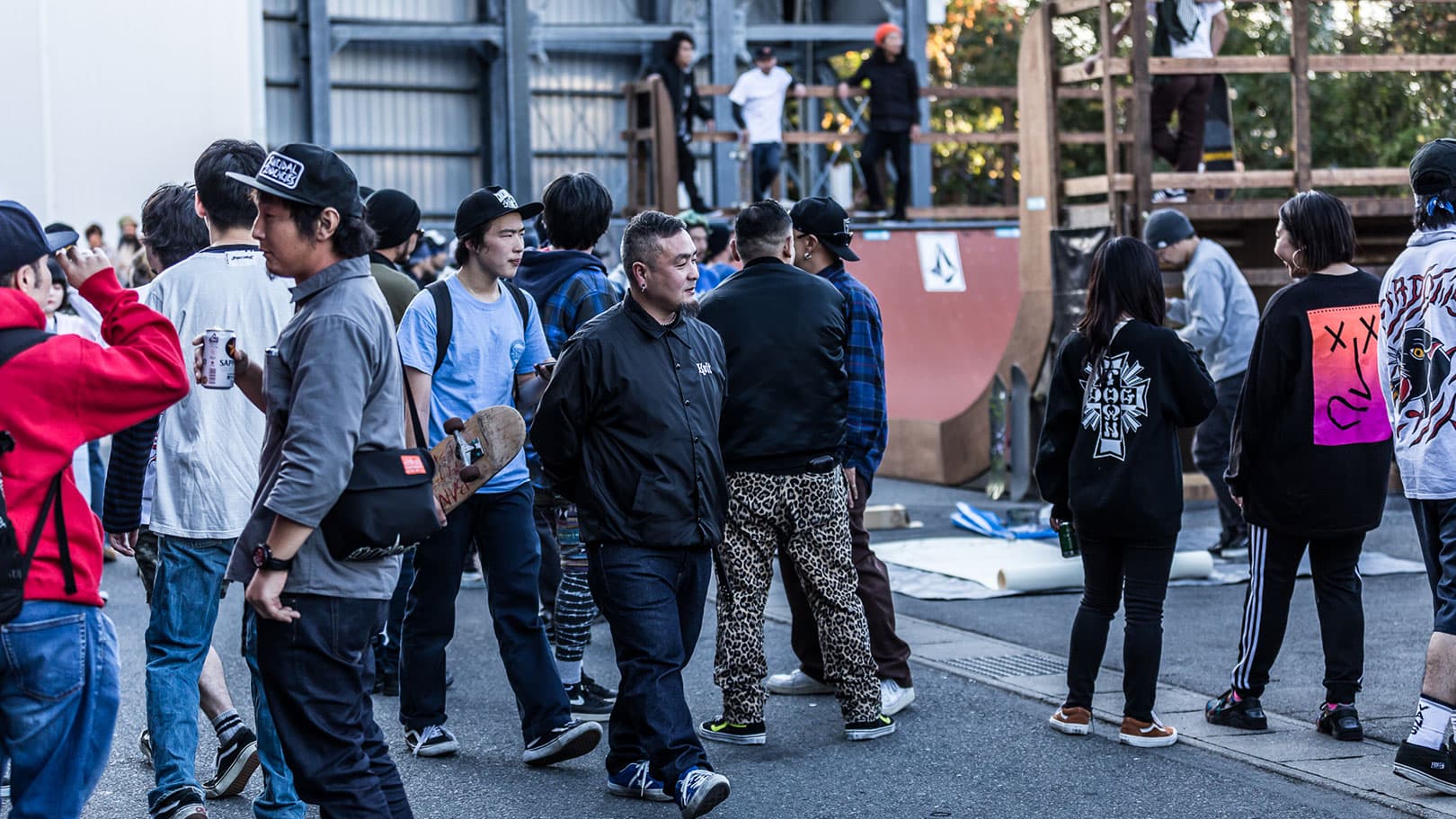 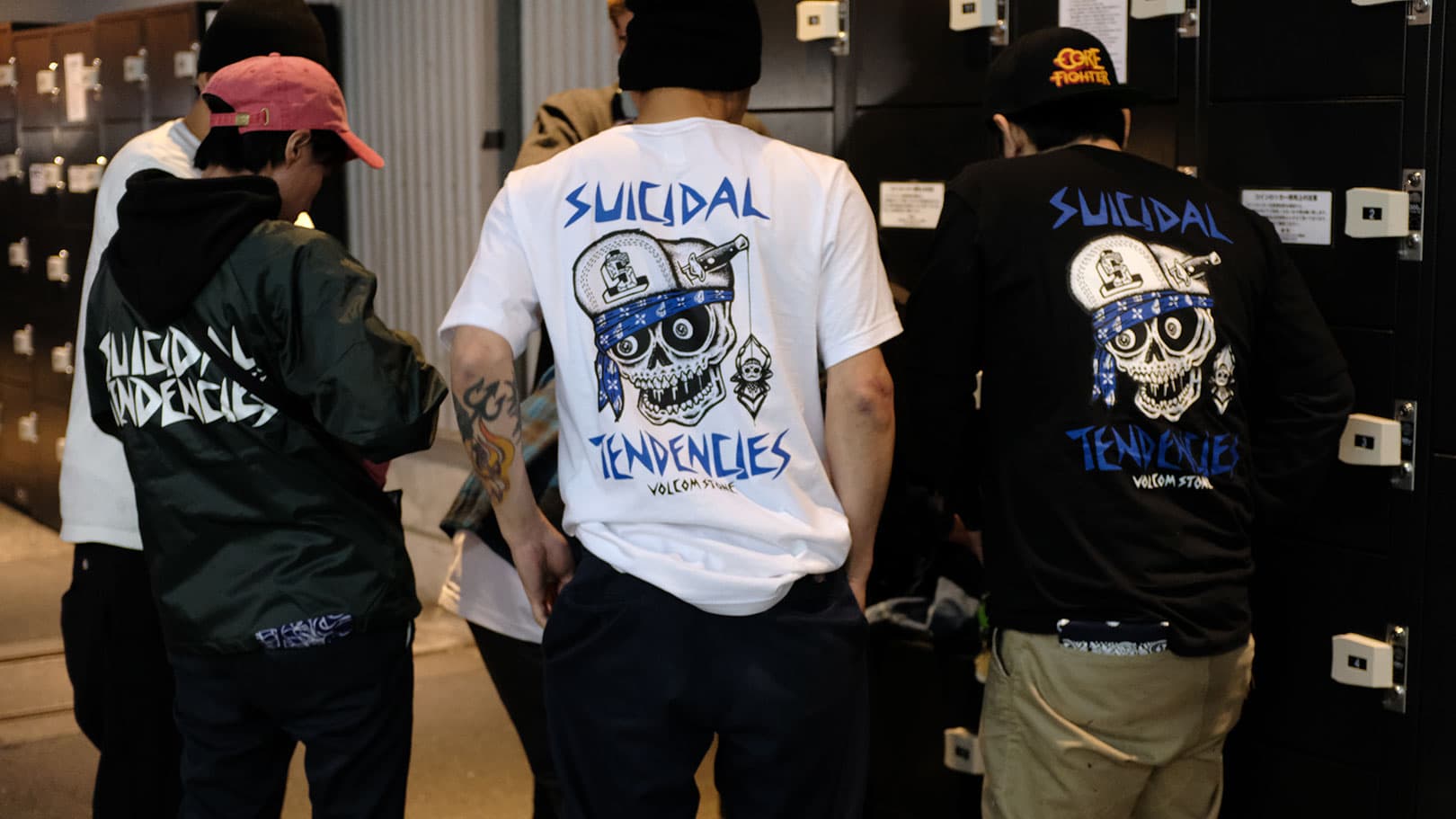